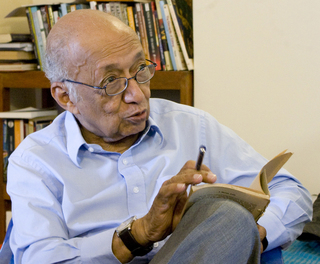 Runnin' Around
Twenty-three authors write about Infidelity.
Winter Tales
Winter Tales is a collection of poems, essays, and illustrations from professional writers and artists expressing their thoughts on the subject of aging.

This is a bright book of life, not death which these wonderful (at times brilliant) artists have created.
Ferry Crossing
Twenty-seven engaging stories from the heart of one of India's youngest states.

Parts of Asia: Portuguese Literary & Cultural Studies
The journal addresses the literatures and cultures of the diverse communities of the Portuguese-speaking world in terms of critical and theoretical approaches.

Tivolem
Filled with tantalizing, lush detail and gentle humor, Tivolem is a captivating novel that transports readers to a unique and very memorable place and time.
Loving Ayesha
12 stories that make one laugh and also tug at the heart strings.

Victor Rangel-Ribeiro, the award-winning author whose debut novel, Tivolem, was named one of the twenty notable first novels to be published in America in 1998, was born in Goa, India, in 1925, when it was still a Portuguese colony; so he counts Portuguese, along with Konkani and English, as one of his three mother tongues.

His short stories were first published in Bombay in the 1940s and 50s; more recently they have been featured in three top American literary magazines---the North American, Iowa, and Literary Reviews. Other pieces, including much humor, appeared in The Indian-American, the now defunct cultural magazine that for some years was published in New York. HarperCollins, India, published a collection of his short fiction, Loving Ayesha and Other Stories, in 2003, with illustrations by the celebrated Mario Miranda; it promptly made the bestseller lists in that country.

Rangel-Ribeiro came to the United States in 1956, and opted with his family for US citizenship. The New York Foundation for the Arts awarded him its Fiction Fellowship in 1991; seven years later, Tivolem earned him the Milkweed National Fiction Prize, awarded by Milkweed Editions of Minneapolis to the best literary work they publish each year. A subsequent book tour took him to eight states and to Toronto in Canada. Penguin’s Indian edition was short-listed in 1998 for that nation’s prestigious Crossword Book Prize, and remained on Crossword’s bestseller list for several months.

Having graduated from St. Xavier’s College in 1945 with a B.A. from Bombay University, Rangel-Ribeiro spent a year in teaching, then switched to journalism, serving a six-month apprenticeship and then rising quickly through the ranks to become in turn Assistant Editor at the National Standard (now the Indian Express), Sunday Editor at the Times of India 1953 Calcutta edition, and Literary Editor at the Illustrated Weekly of India. Then, joining J. Walter Thompson, he broke through a racial barrier, becoming the first Indian to be appointed Copy Chief at that global advertising agency’s Bombay office.

In New York, Rangel-Ribeiro attended Teachers College at Columbia University, earning his master’s degree in 1983. A member of American MENSA since 1988, his varied career has included covering classical music concerts for the New York Times, as well as copy editing more than 40 nonfiction books for major New York publishers. However, his most rewarding stints involved coordinating the largest adult literacy site in all of New York for the Literacy Volunteers of New York City; teaching troubled teenagers in an alternative school in Harlem; and helping African American and Hispanic adult school dropouts in Brooklyn’s Bedford Stuyvesant district get their equivalency diploma. For three years he also created instructional materials and interacted with students at the Straus Thinking and Learning Center at Pace University.

Rangel-Ribeiro’s musical interests have long enriched his life. From 1964 to 1977 he owned and operated an internationally known music antiquariat in New York City, and by invitation also did so for eleven years at the internationally renowned Aspen Music Festival in Colorado. His musical studies include long years at Teachers College and a stint in orchestral conducting at the Mannes College of Music. He led the International Chamber Orchestra, funded by the Ford Foundation, in its inaugural season of concerts in 1960; in the 1970s he took over as music director of the failing Beethoven Society of New York, and successfully guided it to membership in Lincoln Center.

He loves to share his knowledge of writing techniques with aspiring authors and his workshops in Goa and Bombay are invariably oversubscribed. In June 2002, at the invitation of the University of Mauritius and a Mauritian presidential commission, he conducted a weeklong writing workshop in that distant island republic. In September of 2010 he was invited to conduct two workshops at the South-Western Writers’ Association Conference in Tucson, Arizona.

In the fall of 2003, Sewanee University in Tennessee assigned Tivolem as required reading for a course in international literature, along with Salman Rushdie’s Haroun and the Sea of Stories, Arundhati Roy’s God of Small Things, and Chinua Achhebe’s Things Fall Apart. Rangel-Ribeiro was invited to visit the campus and spent several days there, meeting with students and faculty. At the invitation of the Music Department, he also delivered a talk on “Beethoven as a writer”. Tivolem has been studied as part of a course at Yale University, and is currently part of the MA curriculum at Goa University.

Now 91 years old, Rangel-Ribeiro was until 2011 on the International Online Creative Writing Faculty of Fairleigh Dickinson University’s MFA program in Madison, New Jersey. His sparetime interests include reading voraciously, listening to and making music (he conducts the Goa State String Orchestra in concert each time he now visits Goa), history, travel, photography, and playing impish games with his five grandchildren. He speaks Konkani fluently, and reads both the Romi and the Devanagari script. He also speaks Hindustani and various European languages, and can be easily misunderstood in all of them.

Special Praise for a Debut Novel

Booklist Names ‘Tivolem’ as One of Twenty Notable First Novels

“[Tivolem] Comes Out on Top”